Code coverage for managers and developers

From time to time, people ask me what code coverage by tests should be. Does 60% mean that project is healthy? Or maybe the goal should be 70% or 80%?

I don’t know, it depends on your role in the project

If you are a manager, Excel is your friend. Manager likes numbers, columns and charts. So the following rules are perfect for them:

But as a developer I know that the numbers are meaningless. I can easily achieve high code coverage by:

Why would I do that?

Instead focusing on the numbers, manager should promote TDD approach in the team. Writing the unit tests should be a natural part of development process, not an exception. But writing unit test (or tests in general) isn’t easy, especially for badly written code.

If you are a developer you need instant feedback what are you developing. Waiting one day for Sonar code coverage report isn’t acceptable. Write the tests, write the code, run the tests and check code coverage. Verify that your tests cover all important lines and branches. Generate report in isolation, only for test under development, check only coverage for tested part of the code. Everything else is covered by accident.

Figure below illustrates coverage report in my IDE inlined with the tested source code. Personally I configured Eclipse (STS) with JaCoCo, works like a charm. 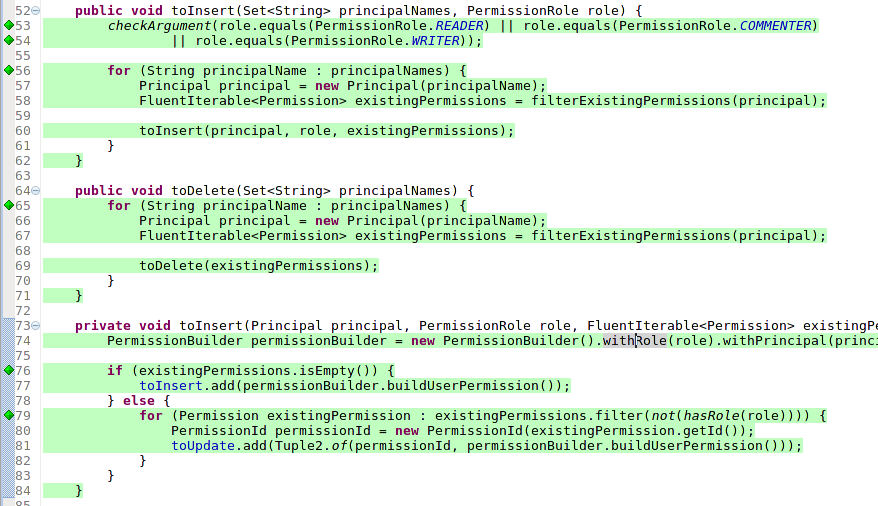 Code coverage reports and tools aren’t for managers, there are for developers to help them during development. If you are a manager, focus on the people, their skills, and build TDD approach into the team.

We’re all professionals, aren’t we?

If you are a BigData engineer who develops batch data pipelines, you might often hear that stream processing is the future. It unlocks the full potential of...

When you deploy any non-trivial data pipelines using complex infrastructure you should expect some troubles sooner or later.