How to convince your manager to adopt Git

Distributed Concurrent Versions Systems (DCVSs) like Git or Mercurial has changed software delivery processes significantly. I would not want to go back to the mid ages of Subversion, and I’m able to convince almost any developer to use DCVS. Convincing managers is much more tough task. Below I collected some insights about DVCS which could help.

DVCS systems provide advantages in performance for branch and merge operations thus enabling a smoother workflow during refactoring and with teams that may be distributed. Over the last 6 months we have seen significant investment into support for Git and Mercurial and other vendors who have been delivering commercial DVCS systems This growing support will speed migration for organizations that currently use Subversion but are struggling with branch/merge overhead.

Starting from a challenge posed to the Linux community to stop using commercial version control, Git has proved itself. Git embodies a well architected, high performance implementation of distributed version control. Git is powerful, so it should be used with respect, but that power enables agile engineering workflows that simply can’t exist with other tools. Git’s popularity is supported by the existence of GitHub. GitHub combines public and private Git repositories, social networking, and a host of other innovative tools and approaches.
Some tools seek to enable and facilitate different ways of working. Unfortunately other tools are created using a different premise, one of low trust in users and the need to enforce a predefined process. ClearCase and TFS do this. This makes version control systems with “implicit workflow” unsuitable tools for modern agile software development. Project methodologies and the best ways of working on a project need to emerge. Tools that enforce high ceremony around things like check in just get in the way and kill productivity. 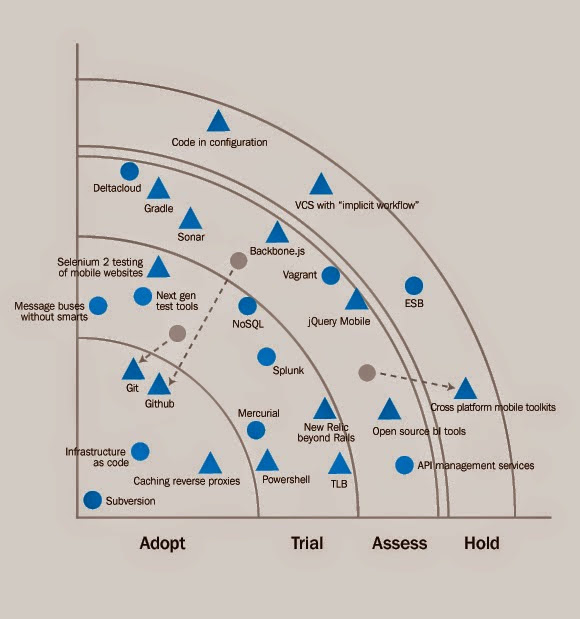 String support for non-linear development
Git supports rapid branching and merging, and includes specific tools for visualizing and navigating a non-linear development history. A core assumption in Git is that a change will be merged more often than it’s written, as it is passed around various reviewers. Branches in git are very lightweight: A branch in git is only a reference to a single commit. With its parental commits, the full branch structure can be constructed.

Efficient handling of large projects Torvalds has described Git as being very fast and scalable, and performance tests done by Mozilla showed it was an order of magnitude faster than some revision control systems, and fetching revision history from a locally stored repository can be one hundred times faster than fetching it from the remote server. In particular, Git doesn’t get slower as the project history grows larger.

If Subversion has met my version control needs for many years, why should I change? To me, that is the wrong question. The real question is, “How can DVCS make what we do today even better”?